The historic Mckibbin's red sandstone mansion was built in 1904 by one of Canada's most brilliant surgeons, Dr. Frank Richardson England (1862-1942) and his wife Grace Octavia Ritchie (1868-1948), the first woman to receive a degree in medicine in Quebec. Both worked at Western Hospital, which housed the Montreal Children's Hospital until recently. Mrs. England was perhaps even more remarkable than her husband. Valedictorian of the first class of women to graduate from McGill University in 1888, she went on to study medicine at Bishop's when McGill refused to allow a woman to enter their Faculty of Medicine, which was then a strictly men only profession. She set up private practice in their mansion on Bishop Street, campaigned for women's suffrage, legal reform, compulsory education and was president of the Montreal Women's Liberal Club amongst other accomplishments.

The England House was designed by Robert Findlay, the same renowned architect responsible for the Dr. David Fraser Gurd Residence next door at 1424 Bishop, as well as many other prestigious mansions in The Golden Square Mile, as the area was known. "The front is of tastefully carved red sandstone. Inside the finish is of the finest, and the house is an exceedingly comfortable one," reported the Montreal Herald. "The study and the patient's waiting room are well fitted up."

Mckibbin's Irish Pub, named after the McKibbin's from Ireland, and located in this historic turn of the century mansion situated at 1426 Bishop Street, quickly developed a reputation as being 'the' Montreal eating and drinking emporium. Since then, McKibbin's Irish Pubs have flourished and now offer multiple locations throughout the Montreal area.

Albert McKibbin fought with General Kitchener in Khartoum, but contracted yellow fever and died shortly after his return. His son, George, emigrated to Canada in 1912 with his family aboard the Lusitania. Ethel McKibbin, the eldest daughter, was saved by the cook during the voyage when she crawled underneath the railing.

Lusitania Torpedoed
The McKibbins were originally booked to take the ill-fated Titanic but Ruth McKibbin (the youngest daughter) was ill, thus postponing the trip by one week. The Lusitania was subsequently the first passenger liner to be torpedoed by a German Submarine in World War I.. Look around the pub for family relics.

From the moment you enter, it's as if you have journeyed to Ireland. The sights, sounds and scents immediately transport you to the Emerald Isle. Strolling about the pub, you will see genuine artifacts and authentic collectibles from Ireland. The dark walnut bar has one of the largest selections of beer taps in Canada.

Listen to live music played nightly by excellent local bands, or cheer on your favorite sports team streamed on our HD plasma and big screen TVs. Enjoy a great time at your local McKibbin's Irish Pub! 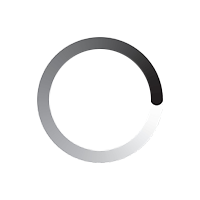